Morning Market: The first point of reference is that the morning market has fallen below 500k for the first time and, as can see from the various charts accompanying the post, there is no sign of any reversal of fortunes.

The big fallers year on year are the Red Tops who collectively are down 8%. The Sun and The Daily Star slug it out for worst performers in the Morning market title, watched on closely by the Daily Mirror. In the six month average both The Sun and The Star managed to stay above 60,000, but recent fortunes in the monthly circulations have shown that both papers come perilously close to going under that figure. 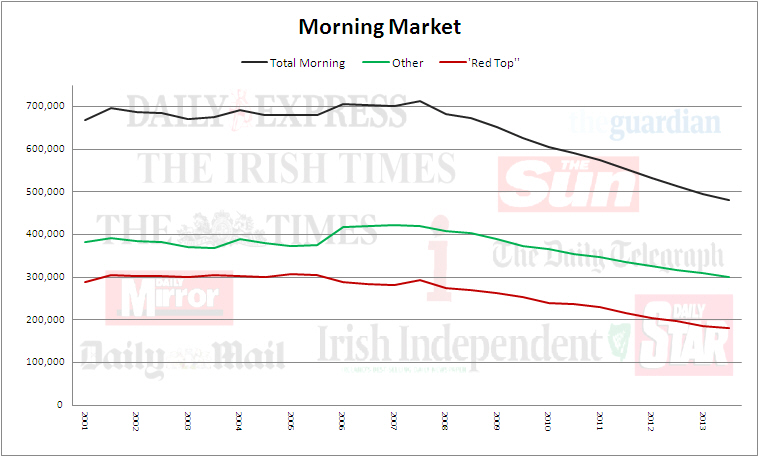 In these figures it should be remembered that the Herald is a regular feature of the morning newspaper selection and has been since March 2013. The addition of a newspaper into an already crowded space will have an impact somewhere. (I’ve not included them in the mornings as I’d have to redo a lot!)

But sometimes numbers are more psychology than anything else. The powers that be in the Independent probably won’t be ecstatic to have fallen below that safe psychological threshold of 120,000, down 5% (-6,620) on the year to 117,361. And, like last year there is also 13% fat in that figure as only 102,000 are at basic cover price, the rest are below that and an bulks.

The Irish Times have to put up with a 7% (-6,297) decline in fortunes to 82,000. For the first year the Irish Times audit also covered their ‘digital edition’ which came in at 2,887 subscribers and, effectively, gives them a brand footprint of just shy of 85,000. It’s at least some information on their digital offering and none of the other papers provided a similar figure for comparison. 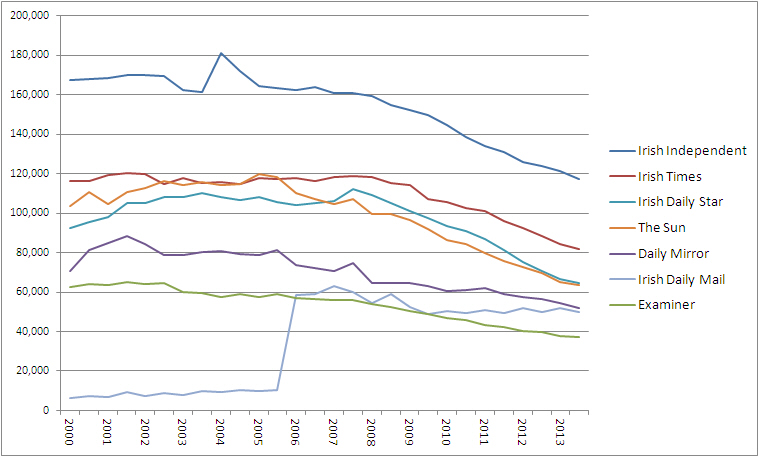 The Examiner lost 6% (2,546) on the year and The Daily Mail managed to hang on to what they had last year. The other papers are small in number and not really that much of an influence on the market. And just because they won’t produce a monthly figure doesn’t mean we can’t show the month on month progress of all the papers! 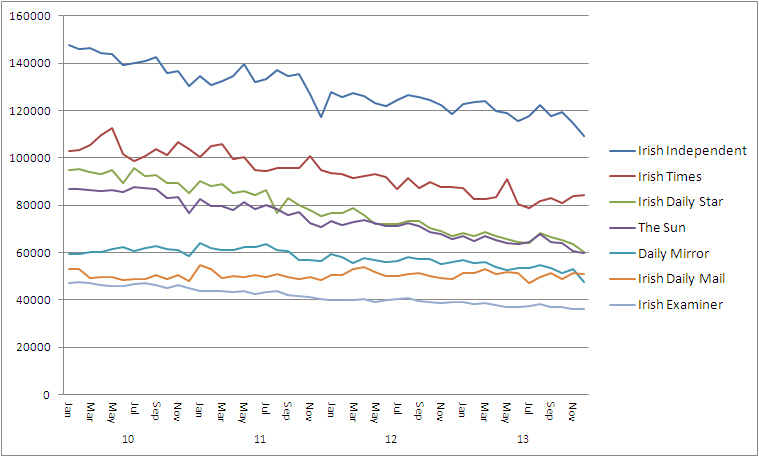