November ABC’s were released and as per October, nothing much has changed, bar the 10%+ decline in sales over the year.The only really notable events were the collapse of the Sunday Mail circulation diving 26% to 532 copies and a 1% increase in the sale of the Sunday Times. Market down 1% on the  month […]

Another day… October ABC’s showing no signs of bucking the trend and if you look at the accompanying graphic, you’ll see that the trend is far from reversing. The tabloids are down 4% on the month and 12% on the year with the Daily Star taking the biggest hit of just shy of 2,000. Elsewhere […]

As I suspected last month, the fickle nature of the sports reader kicked in this month with the three morning tabloids falling nearly 5,000 collectively. The lure of the start of the soccer season was short-lived – shorter even than the tenure of Ole Gunnar Solskjær in the premier league. The Sun took the biggest […]

After the relative excitement of last months abandonment of the ABC’s by IN&M, the August monthly figures are a bit of a damp squib. However, August always brings one certainty – a short-lived revival of the tabloid market on the back of the UK soccer season kicking into life again. Collectively the red tops added […]

The end is (actually) nigh!

The end has come for the auditing of titles under the umbrella of IN&M. Their status earlier on the ABC website showed that the titles were ‘No longer registered’. The ABC confirmed: ‘Independent News & Media has made the decision to resign its titles from ABC membership. Effective from 20th August 2019, the Sunday Independent, […]

July ABC’s: The tabloids, collectively, to a bit of a hammering dropping nearly 1,000 each. The month holds very little for the red-tops as there’s very little in terms of sport with the GAA only at the provincial stages. August will provide them with some sporting ammunition with the super 8’s, the hurling final and […]

May ABC’s were released today. In the morning market the tabloids lost ground over April collectively down by 2,200. The Times (Ireland Edition) dropped by 200 copies showing that, event given the negative press over the closure of the Irish edition there still is a cohort of people who are keen on the title. Given […]

April 2019 ABC circulation figures were released. The trend remains the same with very little by way of anomalies. The bulks have remained off the majority of News UK title, bat the Sunday Times which is carrying roughly 3,000 bulks. The Sun and Sun on Sunday remain fat-free for the second month. The Daily Star […]

The speculation of the future of IN&M is a little clearer with a 10.5c bid from Mediahuis, a Dutch-Belgium based media organisation this morning. Like many media companies, their roots are in traditional media, but they have expanded into the digital arena with a variety of platforms – some of which may be of interest […]

Another day in paradise! The March ABC’s were released today and within them are a few fundamental changes. It looks as if News UK have had a change of heart/policy and all but canned their use of bulks across all their titles which is reflected by their ‘drop’ in circulation below. The Sun retained 300 […]

The February ABC is released. The morning market is continuing its trend of a year on year decline of 10% and no sign of any floor being hit or a slowing in this decline. The Tabloids are down 3% on the month bar the Daily Star which managed to hand on to its numbers from […]

The latest ‘Island of Ireland’ report was released today and, if nothing else, it outlines the continuing decline of newspaper circulation in Ireland. The report compares newspaper sales for the last six months of 2018 to the same period in 2017. Looking at the overall figure first, it shows that year on year, newspaper sales […]

The first ABC of 2019 was released earlier. Many of the papers with a monthly ABC saw a bounce in comparison to December, a notoriously slow month in the first place. However, in comparison to their sales the previous January, they are all well off the mark. The Daily Star had a bad month, dropping […]

It’s the final ABC of 2018 and allow as us to access how the last half of the year have fared for the print brands. December is down 2% on the month and 10% on December 2018 with the morning market doing marginally better than the Sunday.  The tabloids had a decent month with most […]

November ABC’s are available and there’s little to report. The market stayed level month on month and 9% down on the year.  While the morning market was dawn 2% the Sunday market stayed steady mainly down to a 4% increase in circulation for the Sunday Times and that was keeping bulks at the same level […]

October ABC’s were released earlier and there are no real surprises. The morning tabloids took a 3% hit on the month but the Sunday tabloids had a decent month. The Mail on Sunday gained 7% or 4,000 copies on the month. The people also managed to add 7% albeit 500 copies. Beneath all the numbers […] 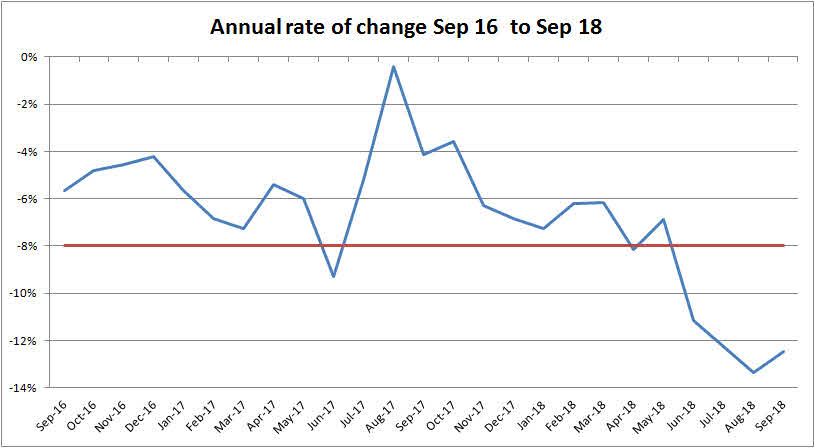 It’s a pattern that is mirrored nearly year – a boost in August and a drift back to normality in September when the gloss has gone off the first few weeks of the soccer season. The morning market was down -4% this month back from a +4% increase in September. The composition, in this analysis, […]

August brought some much needed good news to the beleaguered newspaper market – a month on month increase in sales and the last time that occurred was August ’17. That’s actually no coincidence as August has always been kind to publishers. This August there was a bevy of large events: the two All Ireland finals […]