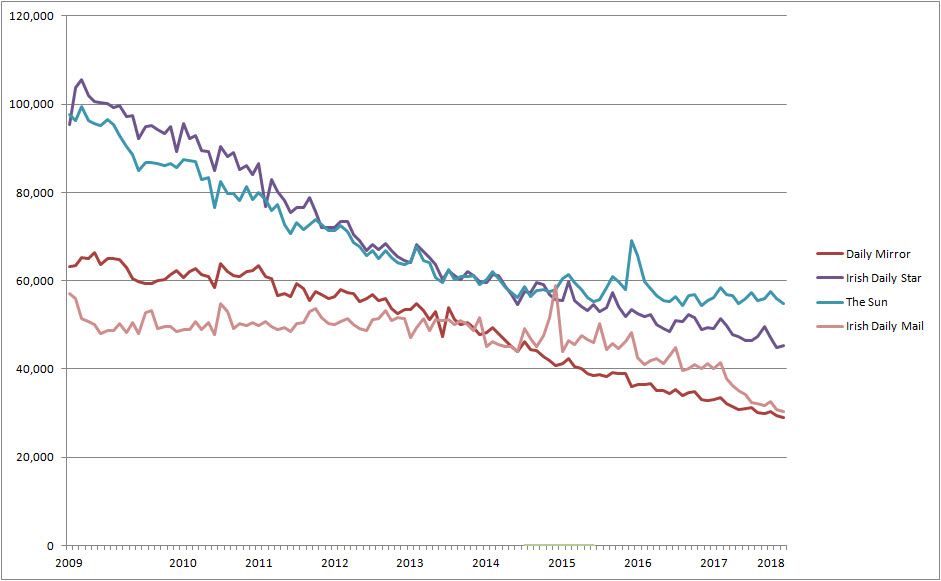 June ABC’s the halfway point and the beginning of the Jan-June ‘Island of Ireland figures for the majority of publications audited b the ABC. Thirty-five days from now the rest of the bunch will publish their numbers. The Sun dropped over 1,000 copies month on month with the Daily Star adding 500 copies over the […]