The quarterly JNLR radio research was released earlier and the first item of note is that the brakes look like they have been finally applied to the overall listenership of both National and Dublin listenership, national steady at 82% and Dublin at 75%. National Looking at the stations in the National picture, Today FM […]

June ABC’s and this brings us to the half way mark for 2017. For the monthly publishers their Jan-June 2017 figure are available (to calculate) but the full Island of Ireland report is not out until 17th of August. Some of the papers’ numbers look extreme (in percentage terms) but all have a logical explanation. […] 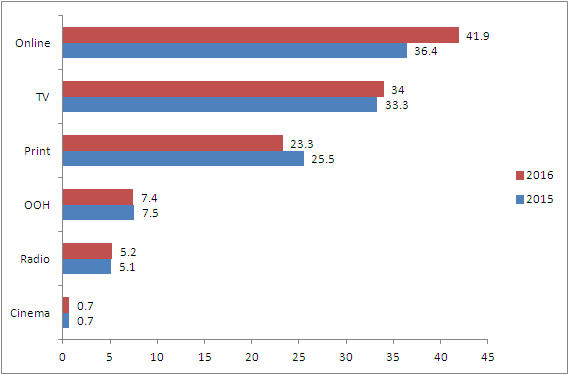 There was an interesting report released by AIB Europe in late June where it showed the meteoric rise of digital spending across Europe in 2016. The topline was that digital spending in Europe grew by 12% in 2016 compared to 2015m with the market now worth €41.9 billion per annum. The big mover was “mobile […]