The JNLR radio research for the first quarter of 2017 has been released. Nationally it shows there has been an increase in listenership to 82% or 3,083,000, an increase of 101,000 on the last book and 94,000 on the previous year. It also means that the total number listening to the radio is above the […]

Currently 75% of the Dublin population tune into radio every day or 820,000 people. This is up 25,000 on the previous book but in percentage terms, it’s down one point. Listenership of radio has been in decline in Dublin for the last six books in succession (in percentage terms) and whilst the national listenership has […] 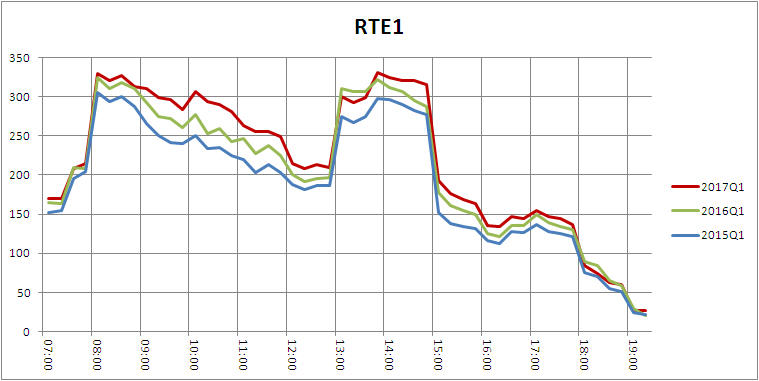 Looking at the individual programmes not it shows that RTE1 took all the berths in the top five gains table, book on book, with Marion Finucane gaining 28,000 (9%).  RTE also take all the prizes in the Year on year table with Sean O’Rourke taking the premier position with a gain of 28,000.In the falls, […]

Here’s where we look at the local and regional franchises. Again, they are not comparatives as they simply can’t be compared to each other. I’ve made little or no comment as the data is self explanatory and my outpourings won’t add much. Each is compared to the last book and the last year. While the […]

It’s not really surprising that Cheltenham helped the tabloids as it does every year. Collectively they are up 4,600 on February with The Sun taking the lion’s share of that adding 2,400 on the month. Outside that the Morning market was fairly quiet. The Sunday market doesn’t get a lift from Cheltenham. Nevertheless, there were […]