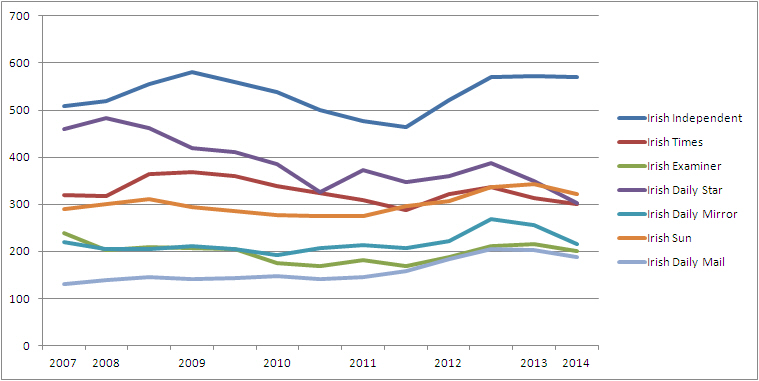 The JNRS Irish newspaper research was released yesterday – without the fanfare that used to be associated with its unveiling some years back. But then it’s only fair to say that some years back some publishers we possibly seeing a growth on their readership year on year.  Since the survey of 2012/3 the readership has […] 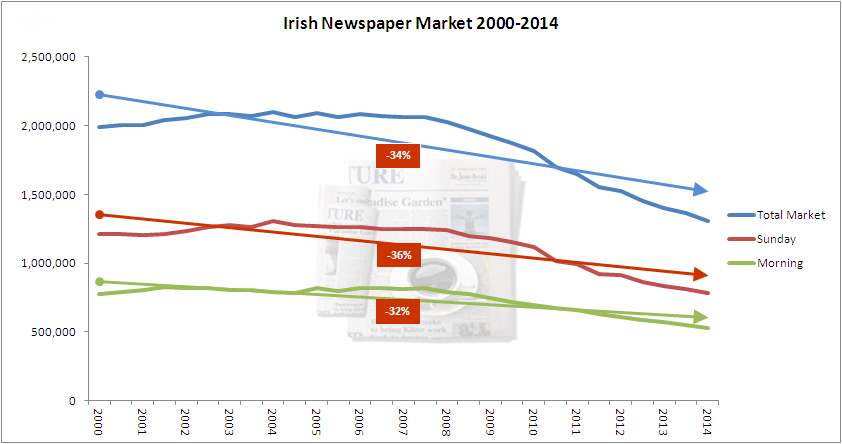 “Ta-da” – the cosmetic adverts catchphrase. I use it mockingly as it heralds the publication, finally, of the ABC’s of the reaming newspapers in the market. Plenty of cosmetics would be needed to make these figures even vaguely attractive. The total market contacted by 7% over a twelve month period. The market is still 204m […]

Most of the morning tabloids had a bit of a mini-rally with The Sun and The Mirror gaining month on month.  However the Daily Star didn’t figure in the ‘surge’ dropping 150 copies and its first place spot among the redtops as well. The Daily Mail reports a drop of over 6,000 on the month […]