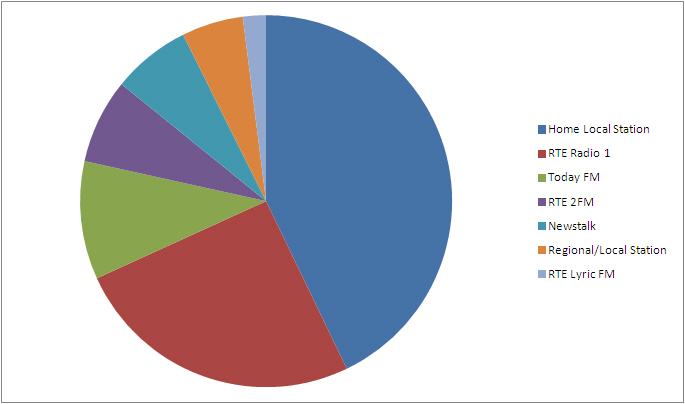 The national picture shows that over the year listenership to radio slipped by one point to 83% or 2.9m people daily. In fairness it’s marginally ahead of the previous survey (Q1) by some 13,000 listeners. National radio listenership is up by 22,000 in the twelve months and home local stations dropped by 51,000. Looking at […] 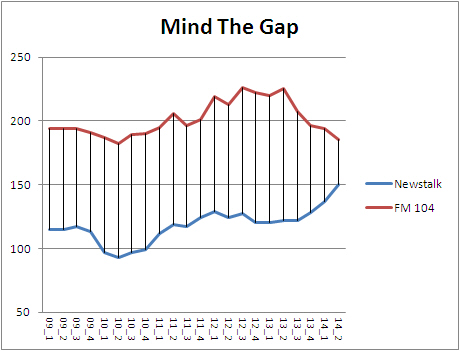 The capital’s fortunes changed in this survey following twelve successive surveys of either stagnation or decline with Dublin radio listenership gaining a point to 80% bringing listenership to 810,000 on an average weekday (67% and 60% on Saturday and Sunday respectively for the overly curious). But beneath that figure lies a tangles web of thirteen stations whose […]

Looking at the individual stations and their underlying output now. In looking at these just remember that they are year on year comparisons: 14Q2 V 13Q2. Then within the stations there may have been changes to the schedule in terms of personality or the program time slot. So on the surface some figures might look […]

There always has to be a top something or other, so here’s the Irish Radio top thirty. Twenty two of the top thirty births are occupied by an RTE station. The big gains, in percentage terms, are for Pat Kenny, two breakfast shows and the two sports slots on RTE (see bottom of the page). […] 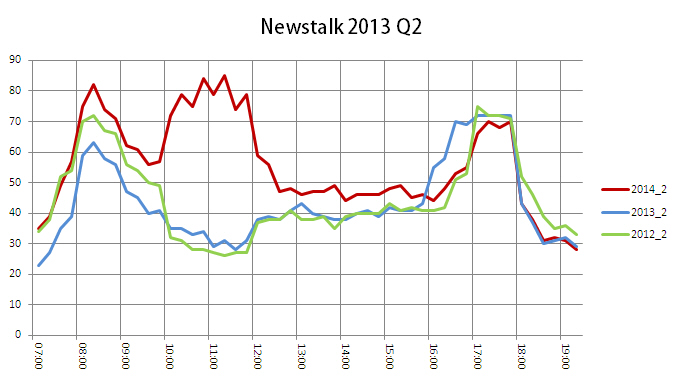 It’s was by far the biggest winner this time out (comparing like with like) gaining 27,000 is breakfast. Pat Kenny figure look flattering – but it’s not a direct comparison. Actually all the programmes made contributions to the gains made nationally. The only faller was George Hook who lost 11,000. But the next trick would […] 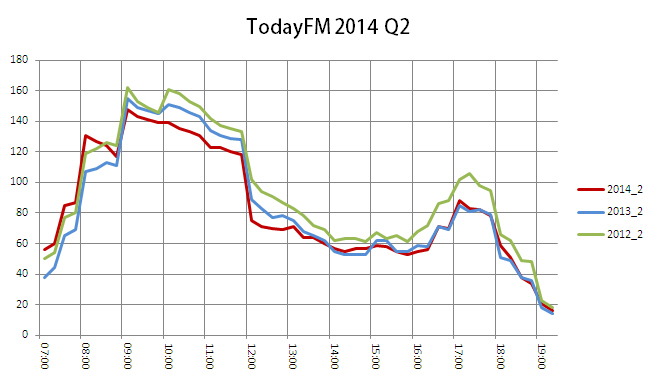 The breakfast slot made further gains to 196,000 up 17% on the year and would have been one of the big performers in the survey overall (see Top 30). Ray D’Arcy lost 12,000 and Louise Duffy dropped 14,000. Small loss for Tony Fenton and a small gain for Matt cooper. Looks as if the National […] 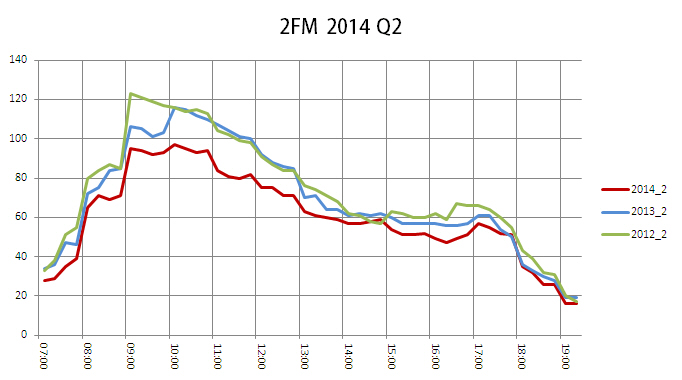 There’s been wholesale changes to the line-over the year and the only one that manages a smile is Nicky Byrne – but that time slot now takes in what was Larry Gogan as well. But the smile turns to a grimace when you scratch the surface. Going ‘book on book’ every slot has lost listeners, […] 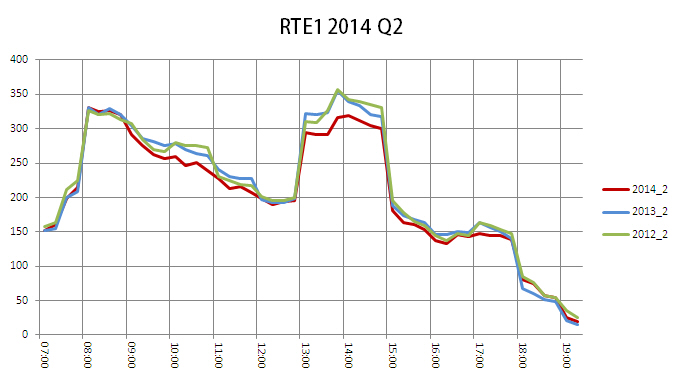 Even though it might have fallen back by 12,000 listeners, Morning Ireland is still the most popular programme on radio. John Murray slipped marginally as did Sean O’Rourke but on the other side Pat Kenny gained 79,000 over the twelve months and 40,000 on the last survey. Only Ronan Collins and Arena were the only […] 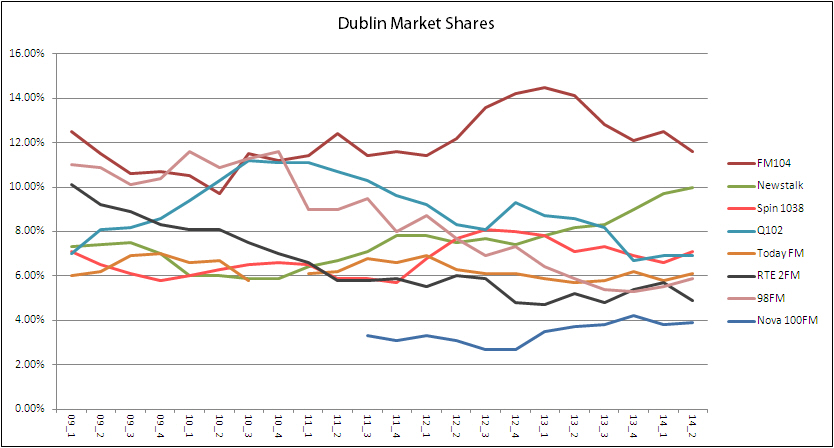 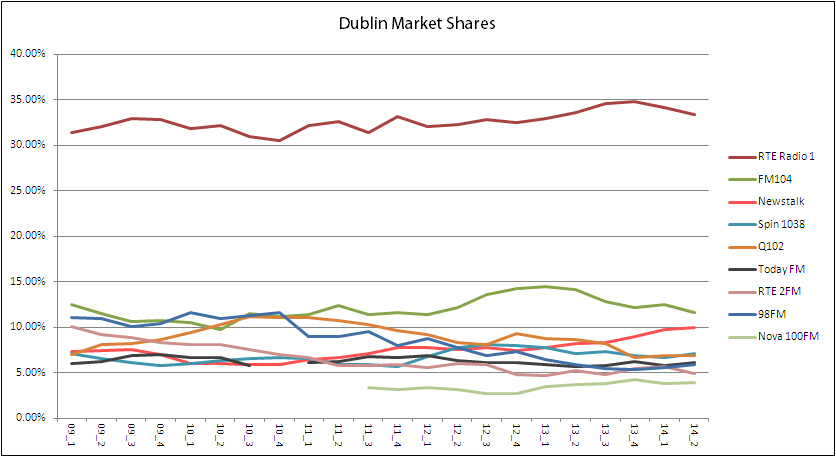