The National picture has been more or less static in terms of overall Radio listenership for the past few surveys. In this survey it’s down from a 84% reach to 83% reach on the same period last year but stable on the previous survey.  Looking at the individual stations RTE1 dropped 19,000 listeners but kept […]

Dublin listenership has slipped yet again and is now at a reach of 79% or 803,000 listeners. Actually the listenership in the capital has either been briefly static or in decline since the survey of 2011 Q1 which is eleven surveys back at this point. There’s very little to indicate the reason for the decline […]

This is the top 30, and to be honest shakes up a bit of interest and it’s the portion of the survey that the rest of the media, mainly print media, pick up on. The big gains come from the two Sport slots on RTE at the weekend and Claire Byrne on a Saturday. It’s […] 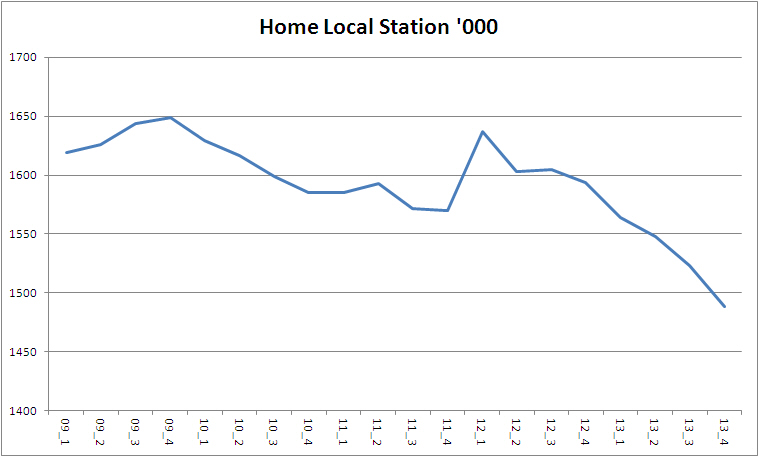 Much like previous surveys, local area franchises remain as they were. Except there are two large fallers this survey. Galway Bay dropped 25,000 and thirteen percentage points and Tipp FM dropped 13,000 and ten percentage points. To counter this there were no huge gains either, the largest being East Coast with 3,000. As you can […]