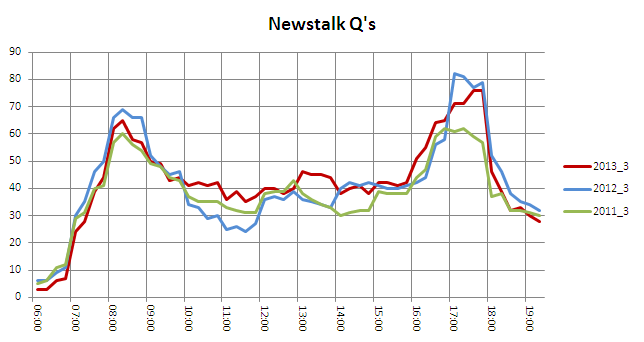 Newstalk made that big swoop in the summer for Pat Kenny and there’s only one month in the survey where Pat was at his desk in Newstalk. However, it looks as if there is already some signs of defection from RTE with the 10:00 – 12:30 slot gaining 27,000 – the biggest programme gain in the […] 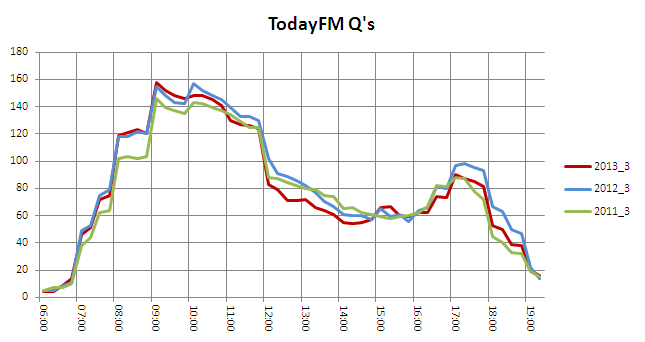 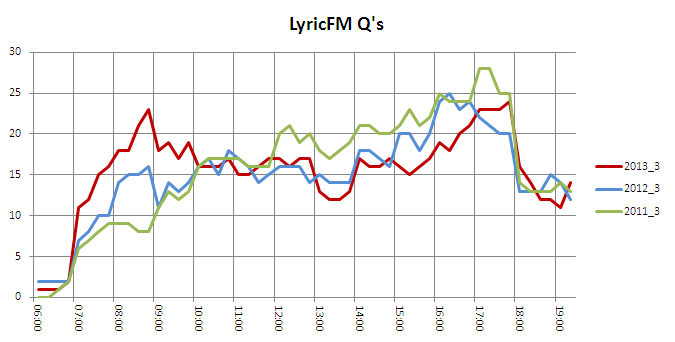 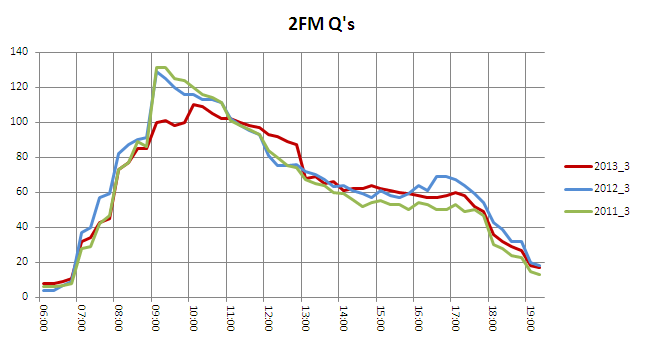 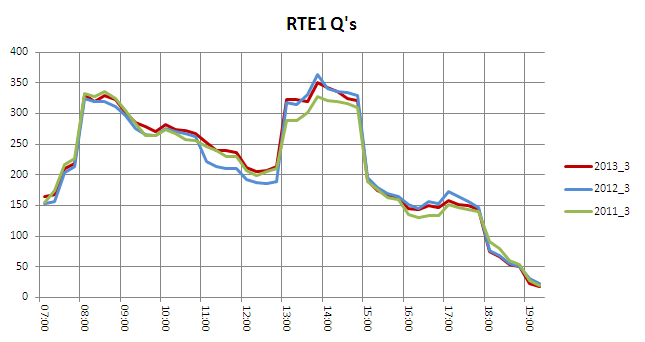 It’s a game of two halves here. The morning schedule all increased and the afternoon/evening programmes all dropped. The big gains over the surveys were for Ronan Collins (+24,000) and Pat Kenny/Séan O’Rourke (+13,000). The biggest faller was Liveline (-18,000) followed by Drivetime ((17,000). The well publicised departure of Pat Kenny from RTE took place […] 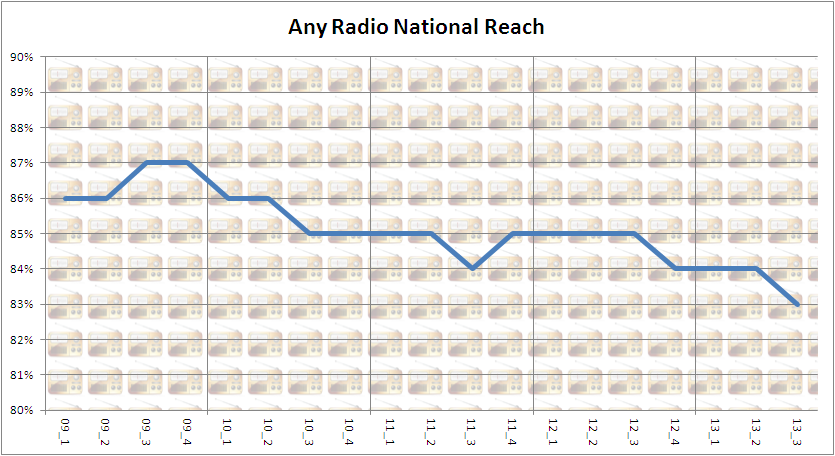 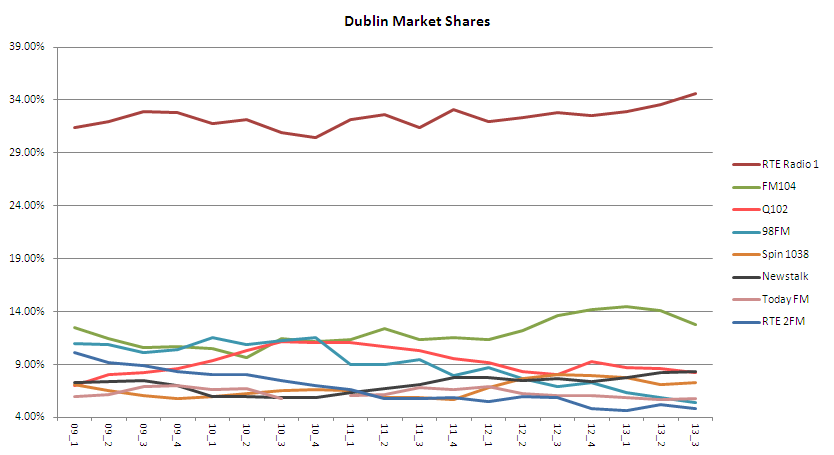 Overall listenership in Dublin dropped marginally by 8,000 to 809,000 and a reach of 80%. The Dublin landscape is very interesting and changeable each survey. Again the caveat here is certainly to take into account the comparison between surveys, but also to look at the bigger picture of where a station is trending over a few […]

This is the portion of the report that seems to get the most attention in the media, especially the print media. It’s how the individual programmes performed in the survey in comparison to last year’s numbers.We have (in the spirit of Top of the Pops!) two new entrants with Dave Fanning and Today FM Saturday […]

Normally, nothing really changes in the local franchises, a percent here or there dictates the headlines in most surveys. But there have been some seismic changes to a few of the stations figures, and not in a positive fashion. Tipp FM’s reach dropped twelve points to 38% from 50%. Likewise Galway Bay moved to 36% […] 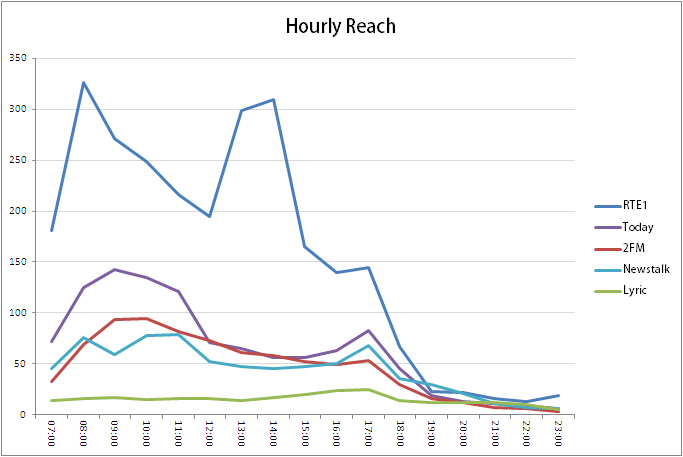 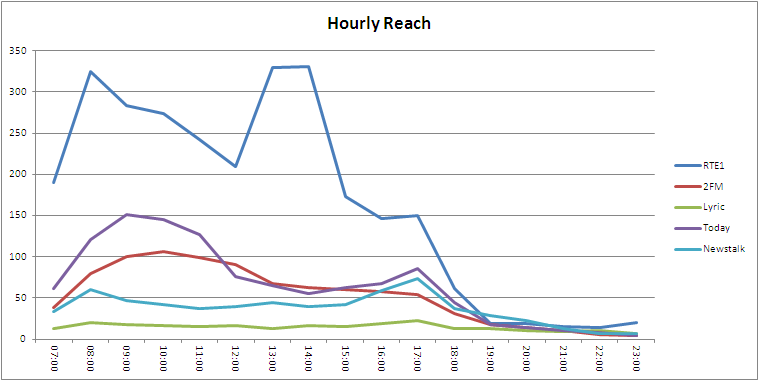 It shows that the national station dominates most of the day and really only declines in the evening. Morning Ireland, the Pat Kenny/ Séan O’Rourke slot, News at One and Joe Duffy suck in most of the available listeners in. 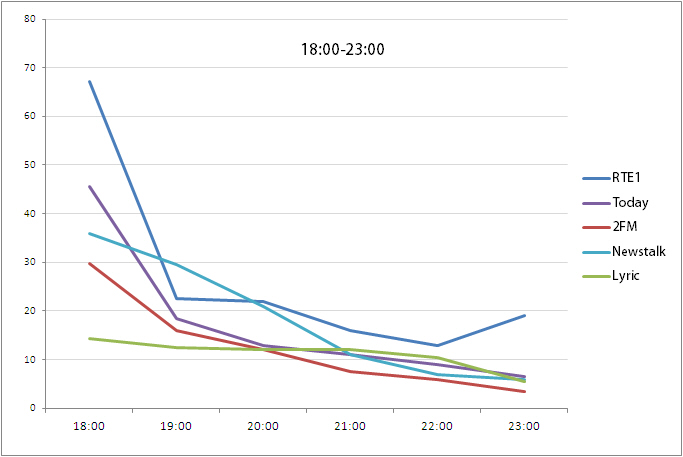 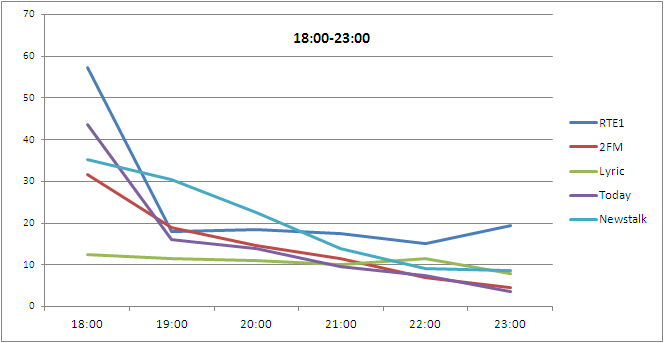 This is really looking at the might of the One O’ Clock news and Liveline. In the late afternoon, as the radio listeners begin to dwindle so does RTE’s dominance. In the commute slot, Drivetime dominates, Matt Cooper is second and manages to edge out George Hook by a few thousand. 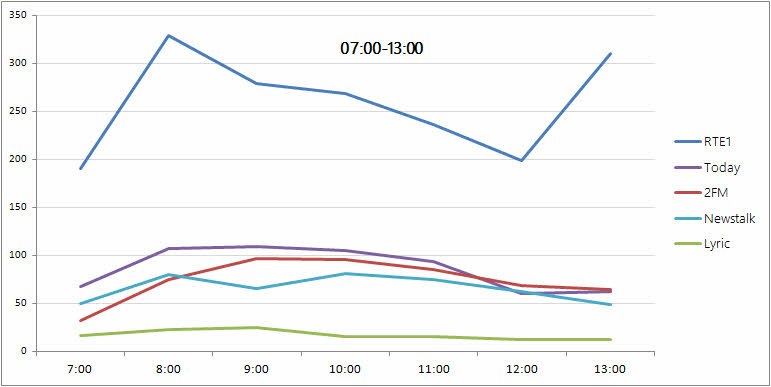