I am waiting (hopefully) for a release of the RTE audited figures for their website which should be released around now; I thought I reflect on some of the recent goings on from their previous website stats.   Firstly it’s noteworthy that there had been a substantial increase, between October and May in the number […] 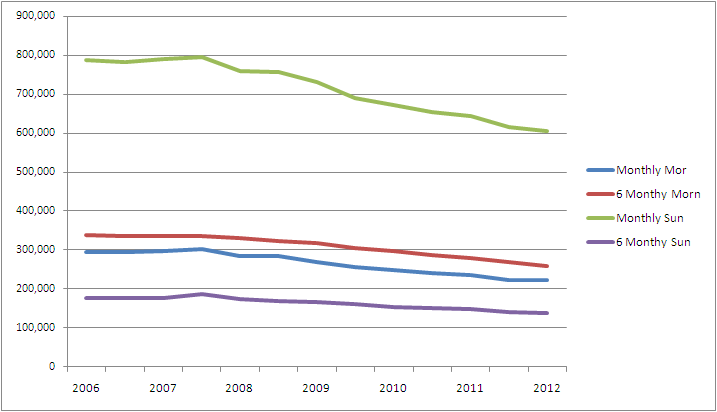 What a difference a month can make and I’d particularly focus on the tabloid section of the Morning market in that statement. September was a good (enough) month for the tabloids especially as the hurlers took two bites of the apple. The Daily Star used those events to do a bit of price promotion and […]

You can’t escape the USA today – it being election day. So on the back of that I thought I’d have a quick look at the leading papers in the US and see how they are fairing against the previous year. They take a slightly different approach their ABC data as they combine the daily […]