April sees the some of the tabloids take a hammering. The Daily Star lost 3,000 copies month on month, but it’s not a one off. In many of the previous years they have had a heavy drop March to April mainly due to the upsurge in the March figure due to Cheltenham. The Sun (Sunday) […] 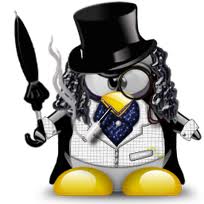 In an interesting article yesterday in the Irish Independent, it noted how so many websites have been ‘hamstrung’ by the latest Google algorithm change, affectionately known as ‘penguin’. In this change the search engine specifically targeted websites that ‘gamed’ the engines in the past and got decent results on the back of it. The […]

The most recent editions of the ACB broke out the sales of the papers available in Ireland (bar the lazy ones) on a Monday to Friday and Saturday averages. It’s quite an interesting list of figures on many fronts. Most importantly, it shows that the Saturday Market, for the papers under scrutiny, is 36% stronger […]