The ABC Circulations for Jan June 2011 were released and make for fairly sobering reading. The circulation of National newspapers papers in the Republic of Ireland has declined by over 165,000 in twelve months. The biggest faller was in the Sunday market where there have been two newspaper closures in the year. Even stripping out […]

If you wnated a headlin figure for this Jan June 2011 ABC’s it would be the fact that the Sunday market slipped into six figures. It comes on the back of  the closure of the Sunday Tribune and the semi-closure (as the paper in another guise is still available) of the Daily Star on Sunday.   Actually […] 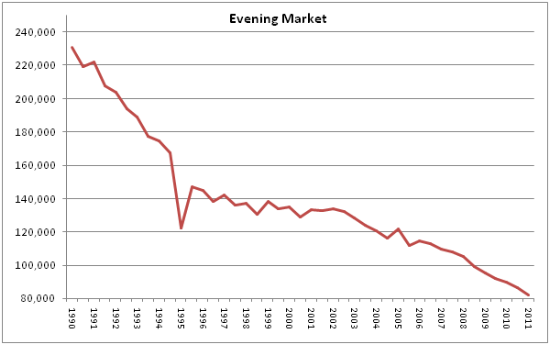