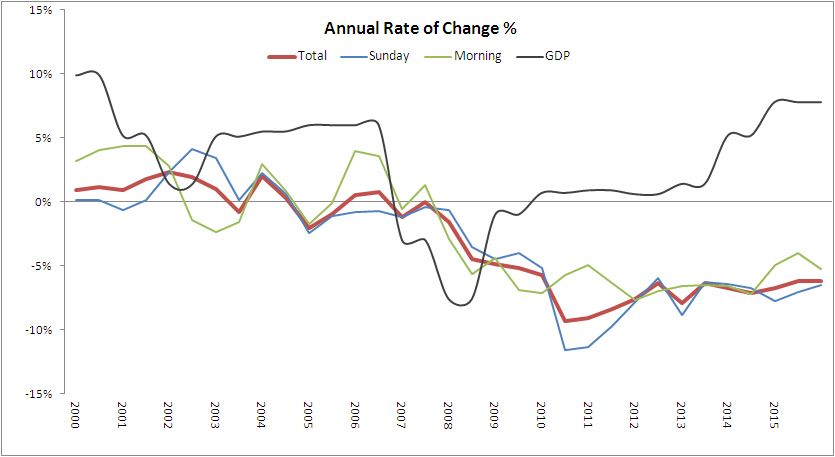 If you ever find yourself at soiree, you know the ones where the Ferrero Rocher are tumbling about with reckless abandonment and you are asked ‘how’s the newspaper business in Ireland’ the most succinct answer, where your inquisitor will need to ask little else, is: “Every week we sell 1.5m less newspapers that we did […] 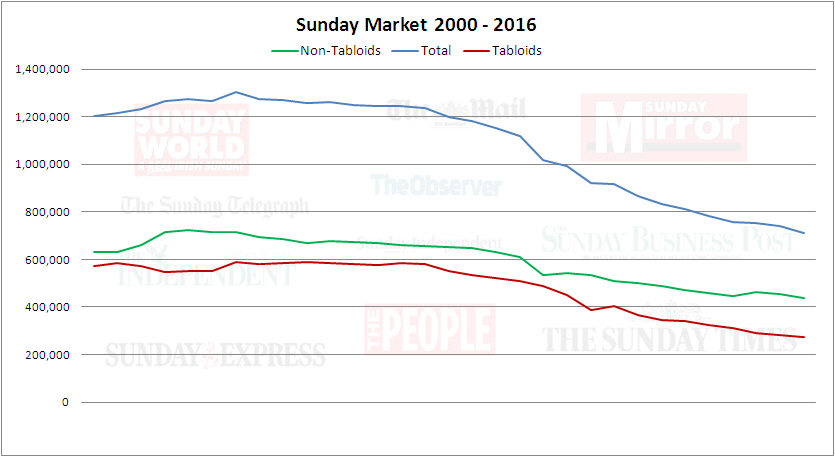 The Sunday Independent dropped below two hundred thousand to land on 199,000 and even 12,000 bulks couldn’t save them. They lost 14,000 over the year or 6.7% slightly above the overall Sunday Market decline. They further widened the gap between themselves and nearest rival, the Sunday World who had a bad first half dropping 15,000copies […] 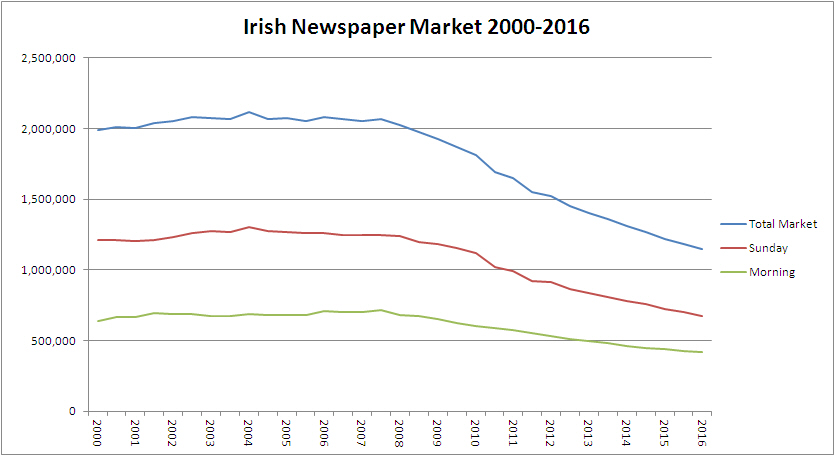 The top selling paper in the morning market remains the Irish Independent selling 102,000 every day down 7,000 (6%) on the previous year. It has nearly 17,000 in multiple copy sales, up slightly from last year, with 83.5% of its circulation figure ‘actively purchased’. The certificate also shows that it has 1,602 ‘digital subscriptions’, so […]

Even if a few papers grace us with figures, the monthly figures still churn away. July ABC’s today and for many a tabloid it’s a drop from the previous month of European football. The Tabloids are down nearly 4,000 but looking at The Sun it would seem that their pricing promotion pad off this month […]

The Sunday tabloids, in the main, fell below the Sunday market fall percentage. The Sunday Mirror and Sunday People by far underperformed compared to the market and are currently falling at a double digit pace at 13% each. Those are aggressive levels of decline especially for The People who are currently at just under 10,000 […]