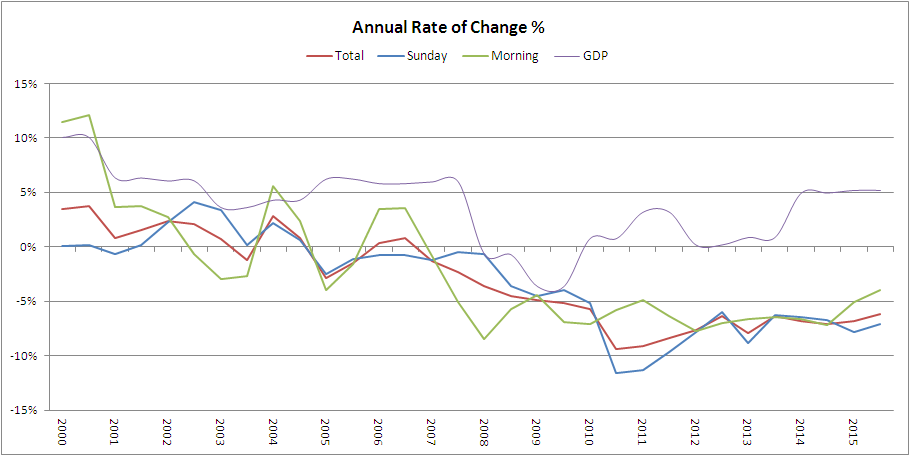 The ABC’s for the period July to December 2015 were released today and show the continuing decline of newspaper sales in Ireland. The total market has declined by 6.2% over the twelve months, however that’s a smaller decline in overall sales then seen in a few years – if we’re viewing this as a “least […]

The first numbers of 2016: I’m going to be brief as the six month ABC’s have robbed most of the time. Mornings: Irish Daily star down over 1,500 as The Daily Mail adds some 4,300 to its number. Sundays: The Sun and the Mirror rebounded after the Christmas lull in sales. The Mail on Sunday […]