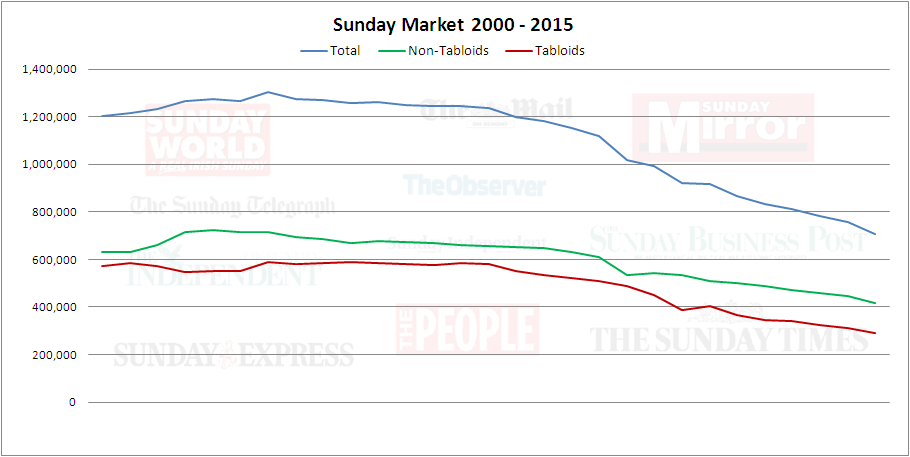 Clarity:  Now, I’ve had to amend this on the back of the numbers for the Independent coming to light. I got a call at 3:30 and the cert is there – now. Their cert was not there this morning or even at lunchtime so I can’t understand what the delay was, and, given the amount […]

Remarkably, there’s now no ‘solid’ (in my eyes) metric for the best selling Irish Morning Newspaper. Having suddenly jettisoned their ABC certification, we can now only rely on the JNRS and perhaps some web metrics, when and if they appear, for some solid ‘market’ data on the Irish Independent. My views on the JNRS are […]

I was doing a little spade work earlier for the forthcoming ABC Island of Ireland report. I was looking at the ABC website and noticed that both the Irish Independent and The Herald are no longer registered with the ABC. Now, this is particularly perplexing! independent.ie and The Sunday Independent are still registered as of […] 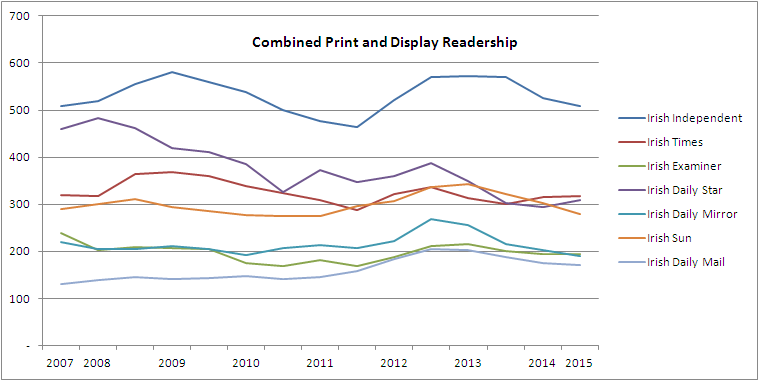 At the outset I’d apologise on behalf of the Newspaper industry: the table below is a numerical assault on the eye – but we now have three metrics for each year: Print & Display, Print Only and Display only. I’d forward a second apology (not on behalf of the industry) directed at the readers of […]

Just a brief one today! The mornings show a ‘blue moon’ event with The Sun adding 2,500 in the month to get it close to last year’s figure, over the sixty and way ahead of The Star. The Mail see-sawed again and drops 15,000 on the month. The Sun on Sunday also made progress adding […]