The final ABC of 2014 was released today. Both the December ABC and the July-Dec figure are available for the majority of papers in the Irish Market.   Looking at the December ABC first: it’s a month that’s normally very quite in terms of newspaper sales and this is reflected in the morning figures here. […] 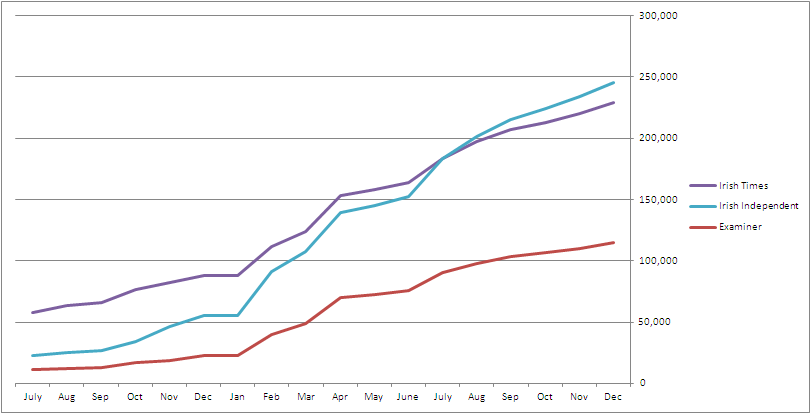 Just to round up one portion of ’14 – I’ve a summary of how the Irish titles fared in some of the the social wars – Facebook. Not that Facebook fans are a huge measure of success/failure of a titles social media efforts – it’s simply a metric that people are familiar with and they […]